The annual Vajrakilaya (Dorje Phurba) Drubchen is currently being held at Ayang Rinpoche’s monastery in South India. It is scheduled each year during the 8th month of the Tibetan lunar calendar. Other pujas and Drubchens (Great Accomplishment ceremonies) are held throughout the year as follows:

Posted by Dharma Center at 12:10 AM No comments: 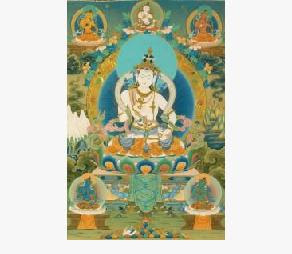 Please note the following updates for the retreat with Ayang Rinpoche in Vancouver, BC, Canada

The Amitabha Tsok on the final day, Tuesday November 28, will be 8 AM to 1 PM, so that town participants can attend and still catch flights home the same day. Rinpoche stresses the importance of attending tsok to make the most auspicious conclusion to teachings and retreats, so please do plan accordingly.

The venue will be at Amitabha Foundation, 4025 Triumph Street, Burnaby, BC

This is a very special opportunity to receive rare and precious teachings and empowerments from Ayang Rinpoche. We hope YOU will register today. See you in November,

For the first time in Canada, Rinpoche will bestow a group of three empowerments: Vajrasattva, Vajrayogini and Milarepa. Together with the empowerments of Amitabha, Amitayus, Chenrezig and Vajrapani, which are included as part of his Phowa Course, these three empowerments will enhance the practice of Phowa. Individuals may also take these empowerments simply for their blessing power, or to deepen their own practices of Vajrasattva, Milarepa or Vajrayogini, as they relate to Ngondro (Preliminary Practice), True Nature of Mind (Dzogchen or Mahamudra), and development and completion stage practices from other Buddhist traditions. The empowerments may be taken separately.

The purification practice of Vajrasattva, and the recitation of Vajrasattva’s mantra, are common to all Tibetan Buddhist lineages, and are an

essential component of the preliminary practices (Ngondro) as well as all sadhanas. Ayang Rinpoche has said, “On the ultimate level, the body, speech, wisdom, qualities and activities of the Buddhas of the three times are all included in one mandala in Vajrasattva. The mandalas and mantras of all these Buddhas are also included in Vajrasattva. The one hundred deities from the Tibetan Book of the Dead are included in the Five Buddha Families, and those

This empowerment will be especially beneficial for anyone new to the Buddhist path, and for those who are more experienced and working on their Preliminary Practices (Ngondro). 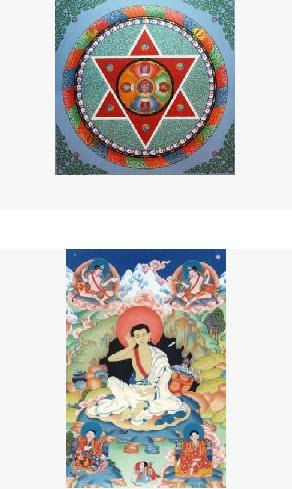 Texts and Practice Materials: If you have your own copies from previous teachings with Ayang Rinpoche, please bring your Opening and Closing Prayers, Raga Asya’s Aspiration Prayer to be Reborn in Dewachen, and A Sadhana Recitation of Maha Sukhavati, A Mind Treasure from the Profound Whispered Lineage of the Space Dharma (long Buddha Amitabha sadhana) texts.

Offerings: It is customary to make a monetary offering to the lama and his attendants at the end of

Visualizing oneself as the dakini (feminine wisdom principle) Vajrayogini clears away dualistic concepts and allows recognition of the true nature as deity, or the primordially pure union of appearance and emptiness. A critical component of Guru Yoga meditation, as well as the dakini component of Three Roots practice, Vajrayogini is also central to the practice of Phowa in both Nyingma and Kagyu traditions. This is an extremely rare and precious opportunity to obtain this inner tantra empowerment from Ayang Rinpoche.

Milarepa, the great Tibetan yogi and saint, is a source of inspiration for practitioners due to his devotion to his guru and subsequent achievement of enlightenment in a single lifetime. The Guru Yoga of Milarepa is central to the Kagyu tradition and a basis for Mahamudra practice. Supplication to Milarepa can bring great blessings and support True Nature of mind practice.

the teachings, although offering only a traditional white scarf (kata) is also suitable. Katas will be available for loan or purchase. Everyone will also have an opportunity to make candle offerings for auspicious rebirth of a friend, relative or pet, or for health and long life for oneself or loved ones. 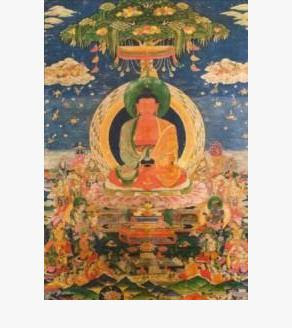 Rinpoche will explain A Sadhana Recitation of Maha Sukhavati, A Mind Treasure from the Profound Whispered Lineage of the Space Dharma, by the 17th century treasure revealer Mingyur Dorje. This text is used in most Nyingma and Kagyu lineages as a devotional prayer to accomplish the development and completion stage practices of Buddha Amitabha, the Buddha of Boundless Light. The sadhana encompasses the complete path of Buddhist meditation practice

Rinpoche will give this traditional ceremony, in which new practitioners receive a Dharma name and enter onto the Buddhist path. This is the gateway to receiving higher teachings and empowerments, and involves promising not to harm other beings, as much as one can. For those practitioners who are ready to make a serious commitment to Tibetan Buddhism, this is the initial preparation for beginning the Preliminary Practices (Ngondro).

Tsok is a profound method in the Vajrayana for accumulating merit and wisdom. It is a unique opportunity to practice pure view and to liberate our dualistic concepts, and a joyous occasion make offerings and to come together to repair spiritual commitments, give thanks, and celebrate the teachings. We will use the Buddha Amitabha sadhana explained during the teachings. If you are attending the teachings and empowerments please make every effort to stay for the Tsok.

Payment: The retreat fee is $200.00. When you register, please consider adding an additional donation to help sponsor ordained sangha and others who may not otherwise have the means to attend. Make your cheque payable to Amitabha Foundation and mail it with the Registration Form to: 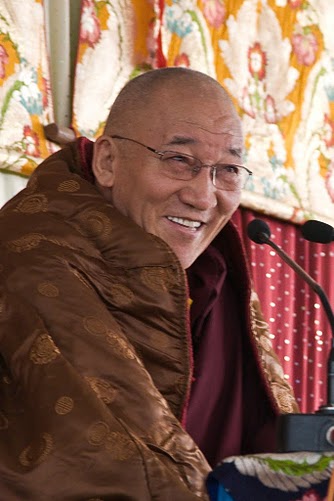